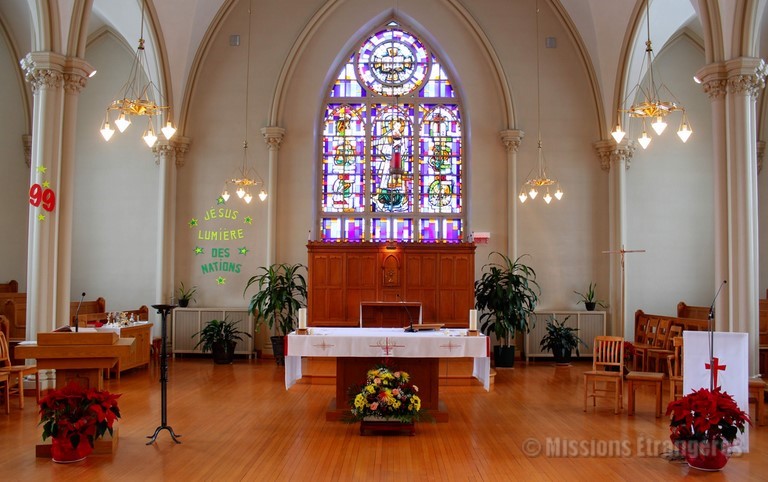 Homily of Bishop of Alain Faubert,
Auxiliary Bishop of the diocese of Montréal
Laval, Sunday, February 2, 2020

The celebration in pictures...

Hello, today February 2, we celebrated the 99th anniversary of the foundation of the Foreign Missions Society. I thought of celebrating the event with 100 roses, 99 as an expression of thanksgiving for these last 99 years and as a sign of confidence for the hundredth year. Only the rose of the hundredth still decorates the church. The other 99 distributed among the people go on decorating various areas of the city…and it is like that with the life of thee SME.
Jean Gaboury, p.m.é. (Japan) 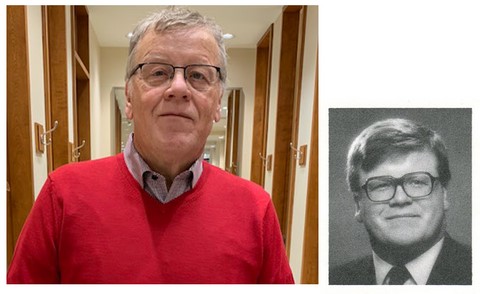 Today is the 99th anniversary of the foundation of the Foreign Missions Society. I owe a lot to that Society. First, it accompanied me in my studies in theology for 3 years. It gave me the main axes of my spirituality today, that is, justice, openness to the other, peace and interior life, self-knowledge so as to go on forward. It allowed me to work in Japan (8 years), to learn the language, to discover the culture, to love that culture and Asia, to discover new relationships with God, with human beings and with nature. And so, I wish to thank the SME for all it gave me. Happy feast to the PMEs. Good continuity in spite of the tensions present in our world and our Church.
Jean-Louis René (former member 1984-90)